The following is the conclusion of an on ongoing case. 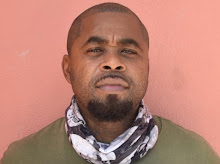 Location Apprehended Handed over by RTCIPF

Details of Engagement: Mr. Riley was apprehended by officers of the RTCIPF and handed over to Immigration officers at the Detention Center to be detained and processed.

Additional Information Gathered: During processing Mr. Riley stated that he entered the islands a week prior on a fishing vessel that left from Long Island, Bahamas. The vessel was 32 feet long with a 3208 diesel engine, and only he and the captain were aboard. He further stated that the boat docked at Heaving Down Marina where he was picked up by his cousin Demetri Lightbourne, and the captain returned to the Bahamas. He said he was staying at the Sunset Ridge Hotel and that he came to the Islands to enjoy himself, and not to work. He was charged for the offence of unlawful entry.

Current Status: Convicted of unlawful entry and sentenced to pay a fine of $600 or serve 45 days in prison. The fine was paid, and he is currently detained awaiting deportation.