The following is the conclusion of an ongoing court case: 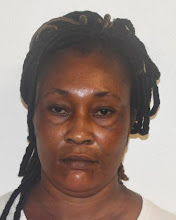 Details of Engagement: Ms. Charles reported to the Enforcement Unit Office as requested of her in relation to two minors in Immigration custody that were suspected of entering the country on an illegal vessel. She failed to provide proof of her status in the islands and was detained and processed.

Additional Information Gathered: During the processing it was discovered that she last entered the islands some time in 2017 on an illegal sloop from Haiti, but claimed that she had been living in the islands since 2008. An interview under caution was conducted which revealed that Ms. Charles sent money to Haiti to pay for her two children to come to the Islands via an illegal sloop. She was further detained and charged with the offences of Unlawful Entry and Assisting Unlawful Entry.