The following is the conclusion of an ongoing case: 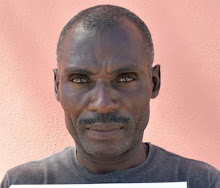 Details of Engagement: On 16 Oct 2020 RTCIPF Marine Branch intercepted and illegal vessel from Haiti. The vessel was towed to the South Dock port where 54 people were handed over to officers from the Enforcement Unit and escorted to the Detention Center to be detained and processed. Amongst the persons was Donald Joseph.

Additional Information Gathered: During processing he stated that this is his first time in the Islands, and that he did not pay for his journey. He further stated that he is a fisherman in Haiti. He was further detained and charged for the offences of Unlawful Entry and Assisting Illegal Entry. On November 30, 2020 he was convicted of both charges and sentenced to 90 days imprisonment including time served, with deportation recommended at the end of his sentence.