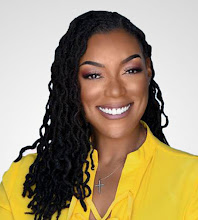 Hon. Akierra M. D. Missick, is the Elected Member for Leeward and Long Bay, Providenciales once again in the 2021 General Elections and serves as the Minister of Infrastructure, Housing, Planning & Development.

Honourable Missick served as the Deputy Premier of the Turks and Caicos Islands and Minister of Education, Youth Affairs, Sport and Library Services in the Government of the Turks & Caicos Islands from 2012-2016 and was elected Member for Leeward and Long Bay, Providenciales after successfully contesting that district in the 2016 General Elections.

Honourable Missick is a Barrister in England and Wales, having obtained a LL.B (Honours) from the University of Nottingham and is a member of the Honourable Society of Lincoln’s Inn. She is called to the Turks and Caicos Islands Bar and practices as an Attorney with Misick & Stanbrook with a focus on Civil Law, Family Law, Employment, Labour and Dispute Resolution. Honourable Missick has had the privilege of appearing on two occasions, before Her Majesty’s Judicial Committee of the Privy Council, England and Wales, which is the highest judicial body for the Turks and Caicos Islands and the Commonwealth.

Honourable Missick transitioned into Politics in 2012, after she successfully contested for the Electoral District of Leeward/Long Bay Hills. On taking up her portfolio of Education, Youth Affairs, Sport & Library Services for the period of 2012 - 2016, she brought the same energy and enthusiasm to the work and has delivered on numerous important national issues in Education and Youth. Honourable Missick believes in the mantra ‘leave no child behind’ and in so doing believes that children must be given the opportunity to succeed. In her zest to modernize the various departments under her then Ministerial Portfolio, although not exhaustive, she had put numerous plans into action, inclusive of the following:

The measures above are a few examples of the ways in which Honorable Missick has ensured that every child be given the opportunity to thrive within a modernized Turks and Caicos Islands education system.