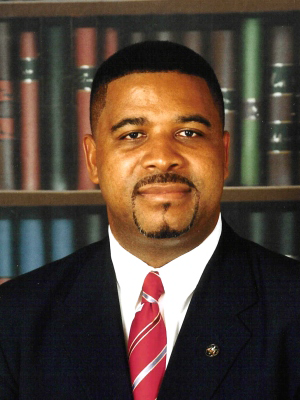 The Honourable Michael Eugene Misick is Chief Minister and Minister of Tourism, Development, and District Administration of the Turks & Caicos Islands. He represents an entirely new generation of political leaders in the Turks and Caicos Islands.

Honorable Misick received his secondary education at Turks and Caicos High, Grand Turk, and read Law at the University of Buckingham, England where he received a Bachelor of Law degree in 2001. Hon. Misick is a Barrister at Law of England and Wales and an Attorney at Law, Turks and Caicos Islands. He is also a member of the Honourable Society of Lincoln's Inn, London, England.

Prior to entering politics, Honorable Misick spent several years in the Real Estate industry where he began as a Sales Agent. He rose to become Sales Manager of Prestigious Properties Ltd. from 1984 to 1986, and Managing Director from1986 to 1988.

In 1988 he founded The Paramount Group, a property and financial services company, which he served as Chairman and C.E.O. until 1991.

In 1991 he was first elected to the Legislative Council for the first time at the youthful age of twenty-five and served as the Minister of Tourism, Transportation and Communications. While he was re-elected in the 1995 general election, his Party lost the majority and took the Opposition benches where Hon. Misick served for four years, aggressively representing his constituencies and sharpening his leadership skills. In the 1997 General Elections, Honorable Misick was defeated in his bid for a third consecutive re- election to the Legislative Council by a mere four votes. While disappointed in his lost his determination and resilience never subsided. Always one to "keep his eyes on the prize", he decided to use his time (four years out of Office) wisely. He entered the University of Buckingham to study law.

In March 2002 he was elected Leader of the then Opposition P.N.P. In the April 2003 General Elections, Honorable Misick's party won 6 out of the 13 seat legislature. The successful petitioning of the results in two constituencies due to Election Day irregularities which led to a bi-elections in the respective constituencies. The P.N.P. won the by-election and Michael Misick was sworn in as Chief Minister of the Turks and Caicos Islands on August 15th 2003.