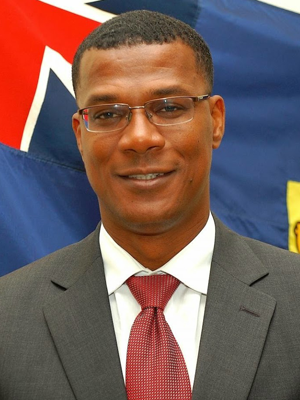 Dr. Rufus Washington Ewing is a native Turks and Caicos Islander. He is a General Surgeon with over 15 years experience, having practiced in United Kingdom, Jamaica, and Turks and Caicos Islands, and being exposed to various cultures and working in widely divergent environments, ensures his comfort level in working with a wide variety of people and organizations.

He graduated from the University of the West Indies in Mona, Jamaica where he earned a Bachelor’s Degree in Medicine and Surgery and later the Doctor of Medicine in General Surgery. During his years of training, he also studied in the Bahamas, USA and Canada. Upon returning to the Turks and Caicos, Dr. Ewing played a key role in shaping the evolution of health care at the national and policy level through numerous appointments in the Ministry of Health including Deputy Chief Medical Officer and Director of Health Services.

After pursuing a Masters of Public Health Degree from the Bloomberg School of Public Health,Johns Hopkins University he continued to be instrumental in advocating for the establishment of critical policy, regulatory and strategic units within the Ministry of Health and later played a pivotal role in the development of the National Healthcare Renewal Project. During his years in the public service Dr. Ewing established links with regional counterparts as the TCIs representative on numerous regional health bodies including an appointment as Director of the Caribbean Health Research Council.

Dr. Ewing entered a career in politics in 2012 with his Presidency of the TCI Civil Service Association, advocating for the rights of Civil Servants under the Interim British Administration. Later that year following his resignation from the Public Service he won the Leadership of the Progressive National Party (PNP).

On November 12, 2012, Dr. Rufus Ewing was sworn in as the third Premier of The Turks and Caicos Islands after leading his Progressive National Party to victory in the general elections of November 9th, 2012. Hon Dr. Rufus Ewing held the portfolio of Premier and Minister of Tourism.

As Premier, Dr Ewing has extended the work which he begun in the Civil Services Association in his new role, working to improve the lives of his native people. Dr. Ewing is engaged and committed in furtherance of the economic development of the Turks and Caicos Islands and enhancing the lives, health and continued safety of its people and those which have made TCI their home. He orchestrated systems and programmes aimed at advancing the economic resilience of the people of the Turks and Caicos Islands with regards to various global perils to which the country is exposed.