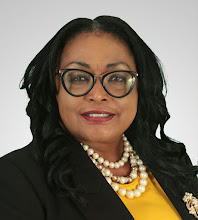 Born on the Island of Salt Cay, Hon. Josephine Conolly was brought up with the values instilled in her by her hard working parents Alexander and Ruthpine Smith. With Alexander Smith representing Salt Cay in the local legislature politics was always a topic of discussion in the Smith household.

In the late seventies the family moved to Grand Turk and Hon. Conolly continued her education at Grand Turk High School, as it was then known. At sixteen her working life began with a job as supply clerk at Pan-Am base, with the closure of the base she moved on to be the corporate administrator at a Trust Company on Grand Turk. During this period she continued her education with Ms Lilith Allen at the Turks and Caicos Business College.

In 1991 on moving to Providenciales, Hon. Conolly opened up Tropical Auto Rentals in the Grace Bay area. Starting with 5 cars, but quickly expanding the fleet of over 50, the car rental company has been successful for over 20 years.

Anticipating the need for office space in the Grace Bay area, Tropicana Plaza Phase I was built in 1995 under Hon. Conolly’s direction with the help of local builder and personality Sam Lightbourne, the same team completing Phase II in 1999. The 8,000 square foot office complex at the entrance to Grace Bay is home to a number of businesses including PricewaterhouseCoopers and Tropical Auto Rentals.

In 2000 Hon. Conolly opened up Connolly Motors Ltd which became the Kia distributer for the Turks & Caicos Islands. The rapidly expanding popularity of the Kia cars has meant that Connolly Motors is now one of the most successful distributors on the Islands.

In 2002 Hon. Conolly was co-founder and subsequently director of Connolly Zahm Properties Ltd, a prominent real estate company which eventually merged with Sotheby’s.

Between 2004 and 2010 Hon. Conolly attended the University of Central Lancashire, obtaining a BSc in Management and Politics and MSc in Human Resource Management.

In 2011 Hon. Conolly incorporated Connolly Productions which now runs the radio station 88.7 JAM. Although one of the newer stations in Turks & Caicos, the Connolly Productions team has been successful in attracting the Governor and political leaders to discuss the important issues of the day.

In 2012 Hon. Conolly was elected to the House of Assembly as an At large Candidate for the People Democratic Movement and was subsequently appointed Deputy Speaker of The House. In the December 2016 election Connolly retained her seat as an all island member and became part of the new PDM government as Minster of Education, Youth, Sports and Library Services.