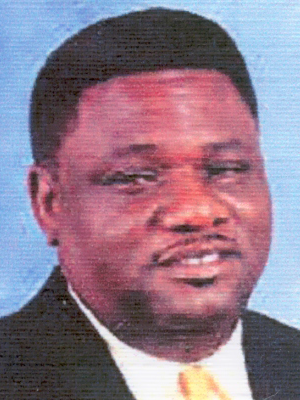 Born on the capital island of Grand Turk, Hon Oswald Skippings has a distinguished political career that spans over thirty years. He is currently the longest serving politician in the Legislative Council in the Turks and Caicos Islands having served for a continuous period of 29 years.

At a very early age, he assumed a cabinet position in the first Ministerial Government under the late Great JAGS McCartney serving as Minister of Health and Education and later as Chief Minister at the age of 23 years. He is still to date the youngest member to have served in the Legislative Council and as Chief Minister. Although, not returned at the polls in 1980, he retained the leadership of the Peoples Democratic Movement thereby becoming the second leader of the first national Political Party. During this time, he piloted his Party through many social and constitutional changes within the islands.

In 1988, he led his Party to the greatest victory in the Turks and Caicos Islands political history.His Party, the Peoples Democratic Movement was returned with eleven (11) seats leaving the Peoples National Party with two (2) seats. He became Chief Minister for the second time and assumed portfolio responsibility for Tourism, Communications and Transportation. He again resumed this ministerial role in 1995 and 1999 after his Party

At the helm of a Ministry so vital to the economic viability and future of these Islands, Hon Skippings supported an aggressive, yet tempered tourism growth. This policy encouraged private sector growth and a sound infrastructure, while safeguarding the integrity of the Island's considerable natural assets.

In his position as Minister, he realized a tourism increase of over 800% including significant increases in visitor repeat business. Under his watch, there was major development projects to sustain such rapid growth including new hotels and resorts and the renovation and construction of the new Airports in Providenciales and Grand Turk. This unprecedented growth in the tourism sector in particular , has resulted in the Turks and Caicos Islands being dubbed the jewel of the Region by the Caribbean Development Bank. What was even a more spectacular feat was his ability to negotiate a large number of commercial airlines to provide airline services to the Islands. Other projects include the creation of new tourism products, communications development and increased natural resource conservation.

His testimony can be simply stated; " As tourism in the Turks and Caicos Islands grow rapidly in this new millennium, an important goal will be to stimulate economic well being and to develop new job opportunities which will enhance and challenge the capabilities of the people of the Turks and Caicos Islands for years to come." At the same time, he is mindful of the fragility of this industry and cautions that "it is our duty to be the guardians of our rich inheritance and abundance of natural beauty which is second to none."

Hon Skippings was recognicent then of the important link between reliable and high end communications and world class tourism. He has over the years through negotiation ensured that digital communications, Internet access and cellular services in the islands were at an International level. He also began the process for the liberalization of the market to ensure that these Islands received the best and most affordable service.

In spite of the magnitude of his great contribution to these islands and its economy through tourism, Hon Skippings is better known for his great oratory or public speaking skills. He is well respected throughout these Islands, regionally and internationally for this God given talent.

Prior to his Political career, Hon Skippings spent several years as a teacher after he received his degree from Mico Teachers College in Jamaica.

He is a Christian and a father of five. He continues to live in Grand Turk. He is a recording gospel artists and he has also written and recorded several songs for the Peoples Democratic Movement. He continues to enjoy his favourite avocation of writing and reciting his poetry and singing. He has a passion for the rejuvenation of culture and he has reintroduced the Junkanoo on the island of Grand Turk.

His life is a life of sterling service and he is truly one of our greatest sons of the soil.