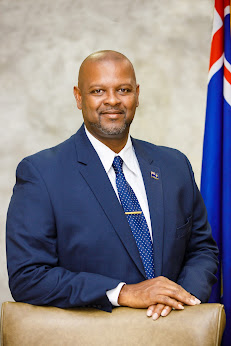 Hon. Sean R. Astwood is a known and successful businessman who has always had a genuine concern for improving the Turks and Caicos Islands and the lives of the people who live here.

Born on July 8th 1973, to Louis E. Astwood III of Grand Turk and Nell Williams of Providenciales, he grew up in the local community of Five Cays. Raised with strong family values, entrepreneurial and political interest, Sean developed and pursued a fierce desire to make a positive difference to the people of these islands.

He attended Enid Capron Primary School in Five Cays, Clement Howell High School in Blue Hills, and later went on to further his education at Northern Caribbean University in Jamaica, where he received a Bachelor’s Degree in Business Management.

After returning to the Turks and Caicos Islands, he gained a diverse amount of professional experience working in various companies including: the banking industry, tourism industry, construction industry, retail industry and airport management.

Over the years, Sean has been an employee and an employer. He has always had a knack for business and is an accomplished businessman who owns the Pelican Group of Companies which created Elite Gaming Ltd., Basic Essentials Ltd., Pelican Designs Ltd. and Pelican Trading Ltd. His businesses compete in the tourism retail industry, tourism villa rental industry, sign manufacturing industry, gaming industry, and commercial development.

Sean first ran for public office in the General Elections of 2003 as a candidate for the Peoples’ Democratic Movement where he won his seat, only to have lost it in a by-election that same year. He has held a number of high profile political positions including his current position as Deputy Leader of the PDM. He is also a former Minister of Government, with the responsibility of the Ministry of Natural Resources.

He has functioned as the Vice President of the Providenciales Chamber of Commerce and a member of the Turks and Caicos Hotel and Tourism Association. Sean has served on the Immigration Blue Ribbon Commission 2004, the National Strategic Plan 2005 and on select committees of the House of Assembly on Constitutional Reform and on Broadcasting. He presented at the KPMG Tourism Symposium and served as a member of the Appropriations Committee and Privilege Committee.

He sits on the Executive Committee of the Commonwealth Parliamentary Association (TCI Branch), is the proud sponsor of the Cobra’s Sports Club of Five Cays and the PABA 2016 champions - the Five Cays Knights basketball team.

His dedication to the islands continues as he takes a leadership role in his native community and country as the Representative for the Five Cays constituency and Deputy Leader of the PDM, respectively. During the past four years, he worked closely with his colleagues as a member of the Opposition in the House of Assembly fighting for the betterment of all Turks and Caicos Islanders and residents.

Sean participated in a United Nations Seminar on Decolonization in Ecuador 2014 and led a PDM delegation into a meeting with CARICOM Special Committee and most recently joined the Commonwealth Parliamentary Association in Nassau Bahamas 2016.

At the center of everything he does, Sean cares considerably about the people of these islands. Seeing his people struggle has been the driving force propelling him to make a difference.

His main goals for the improvement of the islands are a diversified economy, reformed immigration and labour policies, a safe and clean environment, modernized communities, increased business development, modern infrastructure and more locals becoming investors, developers and business owners.

Sean’s overall mission is to see a united Turks and Caicos Islands; and shares in the vision that these ‘Beautiful by Nature’ islands can be the best country on the planet.