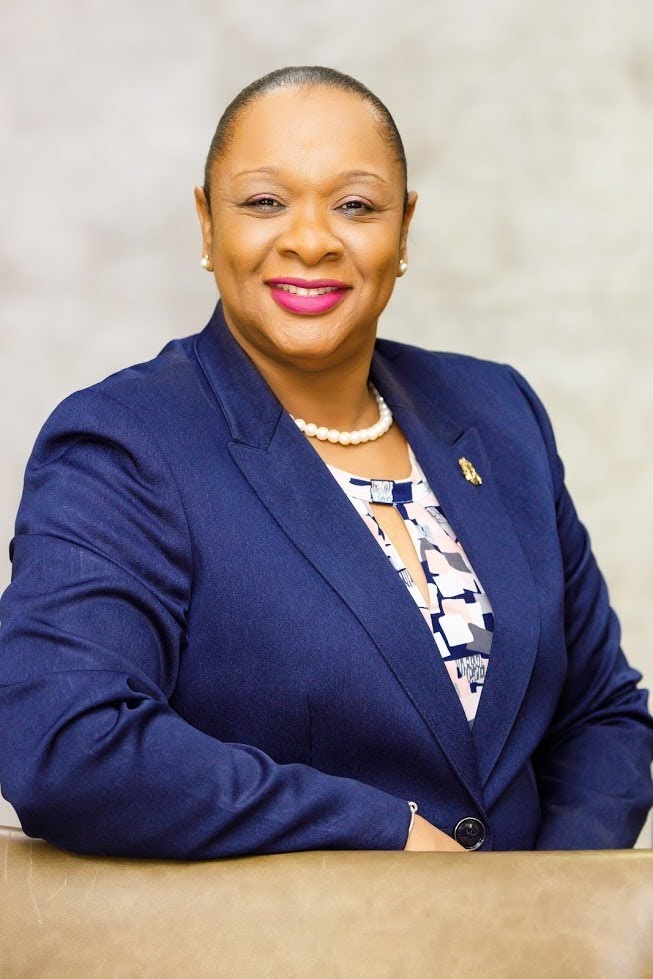 Hon. Sharlene Cartwright Robinson LLB JP (born 1971) hails from the Island of South Caicos and though she is a lawyer by profession called in 1998, Sharlene spends a great deal of her time in service to her Country.

A former Brownie, Head Girl, Valedictorian, and recipient of the Governor’ Cup for best national CXC results in 1988, Sharlene has held membership on many influential bodies including the Legislative Council as an appointed (1999 – 2003) and elected member (Since 2012); Chairman of the Legislative Council’s Select Committee on The White Paper in 1999 entitled “Partnership through Progress”; the Country’s First Indigenous Constitution Review Body 2002 (and later 2006); the first ever Blue Ribbon Commission on Immigration 2004; Boundaries Commission 2006; the Ten Year Country Plan 2007; Coordinator and Author of “The National Conversation” 2010 -11. She has also served as a member of the Governor’s appointed Consultative Forum from 2009 – 2012 where she served her people faithfully with distinction and without fear or favor. In 2014, she again served on TCI’s 3rd Constitutional Review Committee which was charged with the responsibility to review and make recommendations on the 2011 Constitution.

Sharlene worked with major law firms like Dempsey & Co and Misick and Stanbrook. In 2002 she relocated to Grand Turk where she operated her own Law Firm Cartwright & Co while working as a Law Tutor at the TCI Community College from 2004 – 2008.

An active member in her Church and civil society, she is widely known for her work among youth especially in her Church where she currently serves the TCI Baptist Union as its National Youth Director (since 2006) and also its Legal Counsel (since 2000). A Kiwanian she was the first female member, Secretary and President of the Grand Turk Club. She was the first President of the TCI Cancer Foundation Grand Turk Chapter. A serving Justice of the Peace with special responsibility for HM Prison.

Sharlene has also enjoyed regional and international distinctions. She has served in regional roles in her Church and is the immediate Past President of the Caribbean Baptist Fellowship Youth Department. Sharlene holds dear her selection from a pool of applicants in the Caribbean and Canada to be among 120 participants in a Pioneer Leadership Program. As a result she became a privileged member of a small Alumni of 5000 people around the World having completed the Canada Caribbean Emerging Leaders Dialogue in 2011.

A candidate in the General Elections of 2003 and 2012, Sharlene was the first female to serve her Party as Vice Chairman, Secretary General, National Chairman, Deputy Leader and Leader, the latter position held since December 2012. She is the first female to be elected Deputy Leader and Leader of any major Political Party in the history of these Islands.

Under her leadership, the Opposition remains visible and vocal on the issues. Her leadership has seen the defeat of major Government Bills including the Payroll Tax, the successful halt of VAT which she led on and the Immigration Bill, the successful passage of many Private Member’s Motions and the skillful negotiation of changes to many Bills.

Hon. Cartwright-Robinson led her People's Democratic Movement to a victory in the December 2016 general election beating out fifty-two other candidates for the premiership. This ended the thirteen year ruling stretch of the Progressive National Party (PNP).

She is married to the handsome Lorne Robinson and they together have two beautiful daughters A’Janae and Laci.