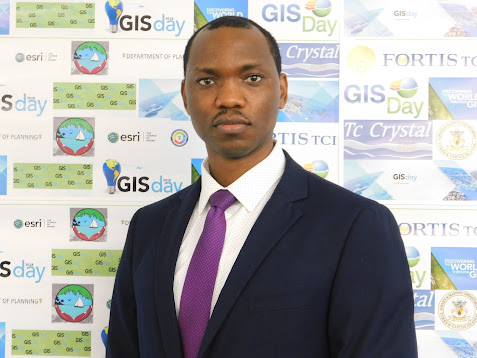 Cyprian is a Land Surveyor and Project Management professional with over 15 years’ experience in management. He has successfully led the implementation of various land surveying and civil engineering projects, along with numerous large scale residential and commercial developments across the island of Jamaica.

He began his land surveying career two (2) years upon his enlistment to the Jamaica Defence Force (JDF) and copped awards for top performing student in the Land Surveying Technician’s course at the University of Technology, for both years of the course.

Upon completion of his undergraduate studies in 2008, with another academic award and an honors degree in Surveying and Geographic Information Sciences, Cyprian was appointed JDF’s Chief Land Surveyor. During his tenure, he introduced new policies, procedures and operating systems and encouraged the implementation of new technology to improve the operational standards of the land surveying arm of the military.

Having completed a Master of Business Administration (Project Management) degree at the University of Wales, United Kingdom in 2013, Cyprian became involved in various construction projects undertaken by the JDF, as mandated by the Government of Jamaica. His aspiration to delve further into project management, saw him joining Moorland Development Company Limited (a leading land development company in Jamaica) in 2015 as their Project Manager, where he was responsible for all aspects of major residential and commercial land development projects undertaken by the company across Jamaica.

In 2017, Cyprian was appointed as the Director of Survey and Mapping for the Turks and Caicos Islands (TCI). Since his appointment, he has revolutionized the Land Surveying industry within the TCI. He has successfully submitted a Bill to Cabinet for the establishment of the TCI’s Land Surveyors Board (to which his office will be the Chairman), established operational standards and guidance notes for all Land Surveyors and is presently working on the establishment of the TCI’s Land Surveyors Association (where he chairs quarterly meeting as their interim president) and modifications to the Land Survey Ordinance of the TCI.

Cyprian has completed several short courses in leadership, management, accounts, finance, rivet architecture and Spanish. He is an Associate Member of the Land Surveyors’ Association of Jamaica (LSAJ), a Chartered Land Surveyor (CLS) and a Member of the Royal Institute of Chartered Surveyors (MRICS).