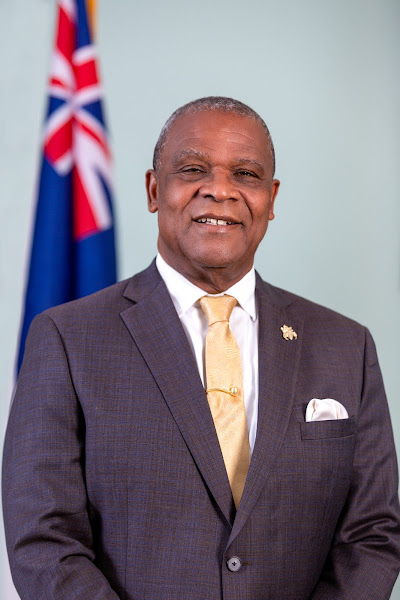 Honourable Charles Washington Misick was educated in Economics, Business, Accounting and Finance at the undergraduate level at the University of Technology Jamaica and London School of Accountancy United Kingdom. He has worked in the field of auditing and accounting in several professional firms - including a ‘big four’ firm as well as a short stint in banking.

He holds two post graduate degrees in Project Management and Business Administration; certificates in Leadership, Conflict Resolution and Development from John F. Kennedy School of Government; he is a member of the Chartered Institute of Arbitrators; recipient of the Officer of the Most Excellent Order of the British Empire (OBE), TCI – Long Service Medal; a Justice of the Peace; a former Chief Minister, Minister of Tourism; Minister of Finance, Investment and Trade; a three term Leader of Her Majesty’s Loyal Opposition and is now the Premier of the Turks and Caicos Islands and Leader of the Progressive National Party.

Honourable Misick is an entrepreneur with experience as a real estate broker, property develop and hospitality management and financial services. He is married to former Miss Turks & Caicos Islands, Delthia Russell. He is the father of seven children and seven grandchildren and is a member of the Seventh-Day-Adventist congregation.