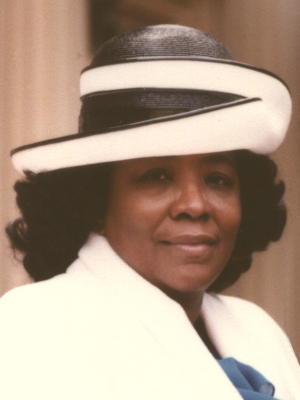 It was in Kew, North Caicos, known as the District of Hospitality, on November 14, 1936, Isaiah V. Missick and Savelitta A. Higgs Missick, triumphed with the addition to their young but growing family, their third daughter, Rosita. As a pre-school child, she was tutored at home by Mrs. Inez Clarke, later enrolled as a student at The Kew Elementary School renamed, “The Hubert James Primary School;” and The Bottle Creek Elementary School renamed, “The Adlaide Oemler Primary School,” Her Elementary School teachers were: The late Violet Oseta Higgs Jolly, The Late Raymond Gardiner, The late Charles Hubert James, Snr. And Mr. Timothy Deane, now residing in Freeport, Grand Bahamas. All of whom are noted contributors to educational advancement in The Turks & Caicos Islands. She also attended The Grand Turk Secondary School, where she was tutored by The late Canon Clifford Jones, O.B.E., who became one of the Islands’ Education Officers, and Miss Helena J. Robinson, M.B.E., a Veteran Teacher

Rosita and her husband of thirty-eight years, had an eight year courtship, when on March 22, 1961, at The Seventh Day Adventist Church, the religious faith of her mother, in Grand Turk, they were united in Holy Matrimony at 7:30 p.m., by Pastor Rudulph Daughmer. She remembers this milestone in her life with great joy, and satisfaction. She produced three children from her marriage, one daughter and two

After leaving High School in Grand Turk, Rosita, was employed as a Teacher for a short period with the Turks & Caicos Government’s Education Department at the Kew Elementary School. In preparation for this, she completed a teacher’s workshop in Grand Turk, the pre-requisite for a teaching career at that time. She developed a love in caring for others, and soon applied for a job in Nursing. She joined the staff of The Grand Turk Hospital on November 2, 1953. After four years she obtained a scholarship to be trained as a Professional Nurse at the Kingston Public Hospital in Jamaica and The University College Hospital. She became qualified as a Registered General Nurse (R.G.N.). Following a two year period at the hospital in Grand Turk, she returned to Jamaica to pursue another area of training in her nursing career at Victoria Jubilee Hospital, this time to become a State Certified Midwife (S.C.M.). Upon completion of her study at Nursing School in Jamaica, Rosita made an impact graduating as the recipient of the Matron’s (Chief Nursing Officer) Prize”, for Best Overall Student, and “The Chief Surgeon’s Prize” for The Most Efficient Operating Theatre Surgical Student Nurse. She was also awarded “The Evelyn Pierce Medical Nursing Book” for the Most Vigilant Student on Night Duty. Rosita also merited, “The Certificate of Competence to Practice Midwifery without Doctor’s Supervision.” During her nursing career, she delivered one hundred and three (103) babies.

Rosita, was employed at The Wuest Duff Hospital, Rockledge, Florida and at Sunny Pines Nursing

Home. Other training completed were: Nurse’s Home Training Programme, Operating Theatre Course and X-Ray Technician. Rosita was the first to operate the X -Ray Machine at the Grand Turk Hospital, which was donated by the Naval Base during their tenure of operation in Grand Turk. She also completed Psychiatric Nursing training in 1968 at Daytona Beach Junior College, Florida; and studied Business Administration at Brevard Junior College. On returning to the Turks & Caicos Islands in 1971, she took up a new appointment as Nurse-in-Charge at the Clinic on Providenciales. In 1978 she resigned to assist her husband fully in the family’s businesses.

1984 to 1993, She served The Turks & Caicos Islands as an Elected member of the Legislative Council, becoming the first elected woman to serve in the Legislative Council. As Speaker, she brought order and decorum to the sittings; and was the first Speaker of the Council who presided over the sittings dressed in ceremonial attire. Mrs. Butterfield served in a number of distinguished positions.

1982 - 1984, The Provo Branch of The Immigration Committee: an advisory Committee established to assist The Director of Immigration for the issuance of work permits for the Island of Providenciales. 1983 to 1985, A Member of the Health Practitioner’s Board; A Social Worker, through the Welfare Department; Voluntary work with the schools and clinics; contributions of kind, in time and other means to the aged; member of the Public Service Advisory Board; served on the Turks & Caicos Tourist Board. Chairperson for the Select-Committee on the Employment Bill 1987 to 1988. T. & C. Government Member of the Standing Committees monitoring The Chief Minister and Minister of Social Services. Appointed Member of Legislative Council 1988 to 1991. Appointed Deputy Speaker 1986 to 1988. Elected Speaker for The Legislative Council of The Turks & Caicos Islands 1991 to 1993, and President of the Turks & Caicos Branch of the Commonwealth Parliamentary Association. Mrs. Butterfield also performed other ceremonial duties, from presiding over the Oath of Office for Governors to delivering the welcome address to his Royal Highness (H.R.H.) The Duke of Edinburgh, Prince Philip, husband of Her Royal Highness (H.R.H.) Queen Elizabeth The II, during one of his official visits to The Turks & Caicos Islands; and the Prime Minister of the Commonwealth of the Bahamas, The Rt. Hon. Sir Lynden 0. Pindling, during his official visit to North Caicos. In addition, she has also presided over The Oath of Office for members of the Legislative Council, and sponsored the Banquet at the Erebus Inn for the first Seminar on Parliamentary Practices and Procedures, held in Grand Turk, for Members of the Legislative Council. Mrs. Butterfield while fulfilling all these roles, continued to be fully involved in all aspects of the family’s business as Director and Secretary to The Butterfield Gold Group of Companies from 1978 to present. Currently, she serves as The Chief Executive Officer (CEO), for all of the companies.

Her involvement in public life has given her the opportunity to represent The Turks & Caicos Islands abroad not only on official occasions, but also as an Ambassador of Goodwill. She has contributed immensely to all the national events, i.e., the Provo Summer Festival, the North Caicos Festival, and the Annual South Caicos Regatta on behalf of the companies.

She attended Commonwealth Parliamentary Association (C.P.A.) Seminars at the House of Commons in London and the Isle of Man in 1986 - 1989, she attended a Conference in Bermuda, as one of The Turks & Caicos Official Delegates. There, she delivered an address on “Migration and Immigration in The Turks & Caicos Islands;” and attended a Banquet, where Princess Alexandria, was the Official Guest of Honour. In 1991, she was part of the Official Programme to pay Tribute to the Retiring Clerk of the Grenada House of Assembly, Sir. Curtis Strachen, the Longest Serving Clerk in the Caribbean for a thirty-five year period. In 1992, she attended the 11th Conference of Commonwealth Speakers and Presiding Officers, hosted in Jamaica. Mrs. Butterfield was the Turks & Caicos Official Representative to the Funeral of the Late Prime Minister Sir Errol Barrow of Barbados.

1991 to 1993, Mrs. Butterfield, served as a Justice of The Peace in the Turks & Caicos Islands, by virtue of her office as Speaker, of the Legislative Council.

1992, Her Royal Highness (H.R.H), Her Majesty, The Queen, Elizabeth The II, as Head of the Commonwealth of Nations, awarded Mrs. Butterfield the title of M.B.E. (Member of The British Empire); for Long and Distinguished Service to the Turks & Caicos Islands.

Mrs. Butterfield along with her husband have always been advocates for better education for the people of these islands. In her love for supporting underprivileged persons in giving them the chance for better education, she has given and continues to give, numerous scholarships to private schools at home and abroad. She has assisted in contributions for better church buildings on Providenciales and North Caicos. Purchased street lights for the community of Kew, North Caicos, her birth place; and along with her husband paid for the construction of a Medical Clinic in Sandy Point, North Caicos. She continues to do Fund Raising Programmes to assist underprivileged children in the Islands. Continues to assist all the schools around the Turks & Caicos when called upon for donations to worthy causes. Mrs. Butterfield is the cosponsor for the Inter- Island High School Spelling Competition. A Founding Member of The Turks & Caicos Community Co liege. Serves as a Member of The Board of Governors to The Community College. Founder for the Canteen at the Clement Howell High School. She served as a Founding Member of The Soroptmist International Club of Providenciales and the Local Chapter of Women’s Aglow International. Mrs. Butterfield also continues to do a considerable amount of charitable work for the Senior Citizens of her country.

Mrs. Butterfield holds various positions in her church life. Currently she serves as a Mission Leader and Worker, Public Relations Director, Director for The Sunday School, assist The Children’s choir and is an Exhorter of the Gospel at home and a Guest Speaker abroad.

Rosita’s accomplishments are listed among her successful career in: Nursing, Business, as a Social Worker, as a Loving and Supportive Wife and Mother, to her husband Albray V. Butterfield Snr. and her three children; a Leader and Elected Guardian of the Peoples’ Goals as a member of LEGCO and a Philanthropist.

Her grand children are among her prized possessions, and she spends a great deal of her time with them. Rosita adopted her nephew, Royal Robinson, son of her sister Flossie (now deceased). Royal was employed in the service of The Turks & Caicos Government, and has held several posts in the Public Service from Chief Land Surveyor, to Permanent Secretary. Royal has done advanced studies in Jamaica at (CAST), now renamed The University of Science and Technology, in Jamaica, and at the Walter Stow College in the United Kingdom, where he studied to become a Qualified Surveyor. He currently manages his own Construction Company and is the Political Advisor to the Deputy Chief Minister. Rosita also helped to raise several of her nieces and nephews, among whom are: Lorna, Beatrice and Meshall Delancy; Rosita (Patsy), and Vernice Missick; Prince, Clarence, Gilbert, Orval and Oral Selver. Mrs. Butterfield helped to mother a large number of God children, and has developed relationships with many other children who found her to be a mother to them.

As for Albray V. Butterfield Snr. and Mrs. Rosita Beatrice Missick-Butterfield, as they continue their Ministry with love and support for each other, Charles Wesley’s (1707-88), verse assures them the success of ministering to all of us: “Thy faithfulness Lord, each moment we find, So true to Thy word, so loving and kind.”