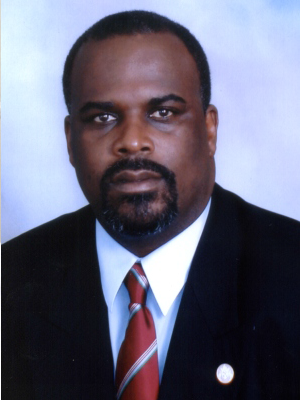 A Member of the Legislative Council of the Turks and Caicos Islands and CEO of Gilley’s Enterprises Ltd., a group of companies originally formed in 1984. Galmo (Gilley) to many is a man of purpose. This man of purpose was never about self Yes, through hard work and dedication he has positioned himself to serve his fellow man. Gilley, a Chef by profession began his entrepreneurship by establishing The International Airport Restaurant, “Gilley’ s Café”; at one stage, there were three restaurants total in the enterprise. Gilley’s involvement with his restaurants encouraged the start of a retail / wholesale wine and spirits company. The restaurant work was challenging enough but he felt the need for even more challenge so he got involved in Real Estate Development. Because the first restaurant is located at the International Airport in Providenciales Gilley decided to enter into the Duty Free Business. Out of this decision came the opening of Turquoise Duty Free an upscale shop at the Providenciales International Airport selling the finest collection of Wines, Champagnes and Spirits.

He received his formal education at the now Raymond Gardiner High and then went on to further his education at the Miami Lakes Technical Institute where he obtained diplomas in Hospitality and Culinary Management. Over the years, he continued to pursue numerous Human Resource Development courses at home and abroad; he always expresses that those courses tremendously enriched his life.

Galmo is married with four children, his wife Althea also owns and operates a successful Travel and Secretarial Agency.

As a teenager, Gilley found politics intriguing but never did he dream he would end up being a politician. He ran for the 13th Electoral District (Cheshire Hall) during the General Elections in 2003 and won by a large majority. He considers himself very fortunate to have the opportunity to serve his people. Prior to his very recent appointment as Minister of Natural Resources, Social Services, Disaster and Prisons, Hon. Williams served his people by working three days per week from the Chief Minister’s Office in Providenciales.

Galmo is a very passionate and firm believer in education and as a result is a founding member of the British West Indies Collegiate, an institution providing quality education in the Turks and Caicos Islands. Because of his belief in the fight against HIV/AIDS, he is a founding member and Patron of Turks and Caicos Aids Awareness Foundation (TCAAF). This foundation was officially launched in December 2003. Galmo is an active Rotarian and supports numerous other social clubs. To sum it all up this man of purpose reports that his present career and life on a whole is exciting, challenging and rewarding!