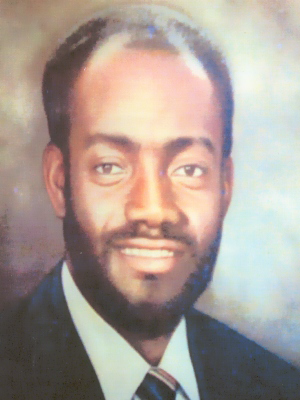 The late Honourable James Alexander George Smith (JAGS) McCartney was born on June 30th 1945 to parents Harvey and Sally McCartney on the island of Grand Turk. Named after a Jamaican lawyer, JAG Smith, at birth, he was not expected to live beyond three weeks due to a heart murmur, a condition that would in the future prevent him from being enlisted in the U.S. Army during the Vietnam War. Despite this condition, JAGS lived a practically healthy and active childhood life.

The Honourable McCartney was primarily educated in Grand Turk but later attended a Quaker school in Portland, Jamaica where he excelled in sports, in particular swimming and track and field. After graduating from school in Jamaica, JAGS returned home at the age of 17 where he found employment and immediately took interests in formulating sporting and social programmes for the youth to provide them some escape from the apathy in which they were submerged. As a result of sub-par economic and social conditions, JAGS saw it fit, as was the case with many Turks Islanders at that time, to go abroad. Following his dismissal from the army due to his heart condition, JAGS journeyed to Freeport Grand Bahamas where he found employment with the Grand Bahamas Hotel. He sited his encounters in Freeport in helping him become more interested in politics. In fact, he actively campaigned on behalf of the Bahamas PLP party during the 1967 elections. Also during his tenure in the Bahamas, JAGS spearheaded the first major strike at the Grand Bahamas Hotel in attempt to gain better working conditions for the staff. Even in another country he fought for the better treatment of its native people.

In 1971 JAGS returned home after an eight-year stint abroad. He immediately dove into the political arena, contesting a seat in the 1972 elections. Though viewed as an outsider by many, the seat was closely contested but the end result was a loss by a slim margin. Instead of sulking in defeat, JAGS used this encounter as a motivating tool for the 1976 general elections.

The Honourable McCartney started the Junkanoo Club, a forum where young people could discuss current issues and socialize in general. This "movement" was the nucleus of the People's Democratic Movement (PDM) which was established in 1975. One of the prevailing issues that was addressed was that of police brutality. In many cases, JAGS brought in his father, who was a lawyer, to help defend the rights of the poor and disenfranchised. There was a lot of tension between the police and the Junkanoo Club but due to the efforts of Mr. McCartney and the Club and also other factors, a historic agreement was reached and today, Turks and Caicos Islanders now celebrate June 6th as "Human Rights Day".

Having more time to prepare, The Honourable McCartney's second attempt at campaigning was better organized than the first. Initially known as the People's Democratic Party (PDP), JAGS and his party went on a nation wide campaign to outline the objectives of the PDP. Some of these objectives were to improve the employment situation so people would not have to journey abroad for better economic conditions, enhance the tourism industry, establishing other light industries including a trade centre, , developing a local university; basically it was his intention, to improve economic and social conditions to provide Turks & Caicos Islanders with a high standard of living. In 1974, shifting his attention from the campaign trail, the Honourable McCartney married Dorothy McCartney of Grand Turk with whom he would have three children.

In 1976, the People's Democratic Party (PDP) (which shortly after became the People's Democratic Movement -PDM) was elected to a four year term in office by winning five of the eleven contested seats, while an independent who had won another seat aligned himself with them. The Honourable JAGS McCartney became the youngest in-office leader in the Commonwealth at the age of 31 and was elected the first Chief Minister of the Turks & Caicos Islands.

McCartney was instrumental in the establishment of the ministerial form of internal self - government in the Islands. Another of Honourable McCartney's notable achievement was his efforts in the development of Club Med Hotel to assist the Turks and Caicos Economy during a time when the British Government sought to restrict assistance to the Islands. He made representations to the United Nations on behalf of his people in order to jump-start this development in the country .McCartney was reputable for his kindness and bravery , his uncanny ability to relate to all persons, and his ability to see beyond political affiliation will never be matched by another politician. Many stories are told of where he helped people recover their property which was unfairly taken and ensure that the poor and disenfranchised rights were upheld. He helped many people no matter who they were or where they were from, he defended all Turks and Caicos Islands.