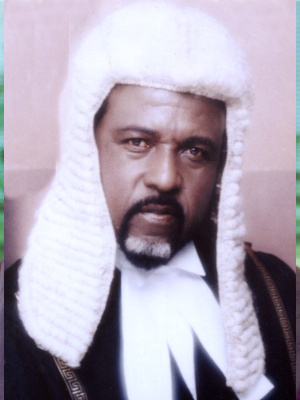 Born 16TH June 1942 at Lorimes, Middle Caicos. Married. Father of 4 daughters and 5 sons. Migrated to the Bahamas and stayed there for several years.

Member of Prince Hall Masonic family of Lodges. Past Master Blue Lodge, Past High Priest Royal Arch Chapter, is a 32-degree consistory, Sublime Prince of the Royal Secret, and a Noble of the imperial Council Ancient Egyptian Arabic Order Nobles of the Nystic Shrine, Nemesis Temple no.75 Nassau Bahamas.

Returned to the Turks and Caicos Islands in the mid 1970s and was appointed Plumbing Engineer with the TCI Government 1978-1984. Served as Chairman of the Physical Planning Board on three occasions; Deputy Chairman of the Immigration Board and Member of H.M. Prison Board. Served as National Chairman of the P.D.M. Party for 12 years. Elected Speaker of the Legislative Council in 1995 - 1999 and served a four year term, President of the Local Branch of the Commonwealth Parliamentary Association.